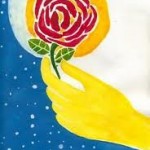 I thought I would post something brief, inspired by the poem “It Felt Love” by Hafiz.  The poem is at the end of the post.

One of the most powerful insights I have received along my spiritual path has been the power of having an open heart.  For so many years I walked around with a lot of armor around my heart, protecting myself from others and giving very little of myself.

As I began to open myself to life, I realized the power and freedom such openness brings.

I don’t pretend that this is easy–and I don’t suggest in any way that my heart is open every waking moment.   The path is difficult…but the cumulative rewards of letting go–even in small amounts–can be great indeed!

The Buddha said before his death, “Be a light unto yourself; betake yourselves to no external refuge. Hold fast to the Truth. Look not for refuge to anyone besides yourselves. ”

Matthew tells us in 5:15, “Neither do men light a candle, and put it under a bushel, but on a candlestick; and it giveth light unto all that are in the house.”

Think of the power we carry to open our hearts and give light to those among us!  This openness is our natural power and birthright.

Ever open its heart

And give to this world

It felt the encouragements of light

From, The Gift: Poems by Hafiz, The Great Sufi Master.  Trans. Daniel Ladinsky