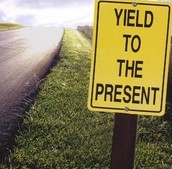 Buddhist meditation and psychology have a strong influence in my life.  This past August I had the opportunity to take off a week and travel to Spirit Rock Meditation Center in California for a one-day retreat, lead by writer and teacher, Jack Kornfield, author of A Path with Heart and The Wise Heart (among other titles).

This was my second time visiting Spirit Rock–my first time was two years ago when I attended a week-long retreat.  I had read much about Spirit Rock and my fascination motivated me to take a chance and sign up for the retreat–but little did I know what was in store for me!  What follows is an account of my retreat two years ago–a fitting way to start my first journal entry here, I believe…

Holiday of the Heart

Spirit Rock Meditation Center is located in Woodacre, California.  Flanked by two massive redwood preserves, Spirit Rock itself is on its own 410 acre plot of land situated among the rough, rolling hills of the San Geronimo Valley.  The trails in and around the center take you as far up the hills as you are willing or able to go, taking you past hidden nearby Buddhist shrines on the way.  Just walking around the place gives you the feeling of being on a special journey.

The retreat I attended was entitled, “Embracing the Dark, Inviting the Light,” and even though the surroundings were breath-taking and the wandering deer enchanting, attending a five day meditation retreat is no easy task.  The 80 other participants and I were asked to take vows during the retreat: no stealing, no talking and no harming of any living things.

Two other vows we took an aspiring yogi should be aware of: no alcohol or sex for five days.  Spirit Rock is farther away from Vegas or Varadero than one might imagine.  Still, the facilities, while not Luxor-level, are more comfortable than you might expect.  Also, the food in itself was a spiritual experience. All vegetarian, the meals were made fresh daily comprised of produce delivered from nearby organic farms: Chinese nut loaf, mash potatoes with parsnips, carrot ginger soup, home-made chai tea were just a few examples of the fare on any given day.

The three experienced and caring teachers who lead the retreat told us yogis that we will be looking in two directions: outward and inward.  We were being asked to re-think our natural compass.

Each day started with a 5:30 wake up call, followed by Qigong as well as multiple 45 minute sessions of sitting and walking meditation. Breakfast was at a relatively late 7:30 a.m.  The rest of the day was much of the same: sitting and walking meditation.  Each yogi was also assigned “work mediation,” which included cleaning toilets, vacuuming the halls, or–my job–washing the veggies for dinner.

The days ended at 9:30 with a dharma talk.  The teachers spoke eloquently and compassionately about what it meant to suffer and what you can do about it.  They offered insightful quotes from writers as seemingly diverse as Rilke, Wendell Berry, Pema Chodron, Oriah Mountain Dreamer, and Mitch Albom.  Most of the meditating was done in a large, stunning and profoundly silent meditation hall.  Walking meditation could be done inside or out.

Before the retreat, I had been meditating for about 20 minutes per day–when I had the time.  You might wonder what would happen to a spiritual dilettante when faced with multiple 45-minute sitting sessions as well as committing to live in total silence day and night.  You might try to imagine the fatigue, irritability and the psychological end-game of facing down your interior mind on your own—and then imagine doing that with the sensation of someone jabbing the inside of your shoulder blades with a dull knife.

Doesn’t sound like much of a holiday, does it?  There were times, I will admit, I was longing for those warm Cuban beaches.

However, the discipline and rigors of meditation have not been around for 2500 years for nothing—the Buddha knew what he was talking about.  And there was a deep, human feeling during the retreat that you would never find on a beach or at the poker table.

As the retreat went on and I would go back to my tiny room in exhaustion, something started to happen, triggered by an almost off-hand comment made by our Qigong Master: “The radiance of the heart is its own protection.”  Amidst the purity of silence and still beauty of nature, the armor of my heart fell away.

And it kept falling until something like a smile came to my face—not for any particular reason except for the naturalness of its belonging there.

The joke traffic sign upon entering Spirit Rock reads, “Yield to the Present.”  What I began to learn in a few short days is that all we truly have is the present–and the protection we think we offer ourselves from the present only takes us further away from the birthright of our own lives.