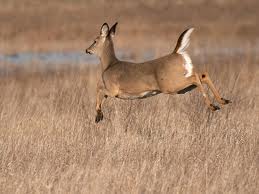 Even though the retreat at Spirit Rock was a profound experience for me, it was not without its challenges.  When it came to actually driving my rental car into the parking lot and committing to the retreat, I balked.  I did not want to go!  I parked the car on the side of the road and deliberated: Why should I ruin my holiday by going on this retreat?  This won’t be fun.  I even got it into my head that I would drive all the way to Baja (over 500 miles) and learn how to surf–that would be spiritual, right?

It is amazing how fear can sometimes be such a convincing advocate that steers–or literally drives us 500 miles–away from where we need to go.

As I sat in the car agonizing about what to do, I pulled a book from my bag to flip through, thinking it would help calm me, or even give me some guidance.  As mentioned in my previous post, I had been reading Jack Kornfield, and as he had often cited poems by Rumi, a 13th-century Persian poet, I dutifully bought The Essential Rumi to read at Spirit Rock.

I randomly opened the book to a poem entitled, “Unfold Your Own Myth.”  Here it is in its entirety:

Who gets up early to discover the moment light begins?
Who finds us here circling, bewildered, like atoms?
Who comes to a spring thirsty
and sees the moon reflected in it?
Who, like Jacob blind with grief and age,
smells the shirt of his lost son
and can see again?
Who lets a bucket down and brings up
a flowing prophet? Or like Moses goes for fire
and finds what burns inside the sunrise?

Jesus slips into a house to escape enemies,
and opens a door to the other world.
Soloman cuts open a fish, and there’s a gold ring.
Omar storms in to kill the prophet
and leaves with blessings.
Chase a deer and end up everywhere!
An oyster opens his mouth to swallow on drop.
Now there’s a pearl.
A vagrant wanders empty ruins.
Suddenly he’s wealthy.

But don’t be satisfied with stories, how things
have gone with others. Unfold
your own myth, without complicated explanation,
so everyone will understand the passage,
We have opened you.

Start walking toward Shams. Your legs will get heavy
and tired. Then comes a moment
of feeling the wings you’ve grown,
lifting.

The one line that stuck in my head was: “Chase a deer and end up everywhere!”

When we let fear rule us, we miss the excitement of life, we miss the precious knowledge that comes from jumping into a blind adventure.  We all have myths in us that are yearning to unfold–but you can’t sit by the side of the road and wait for great things to happen.  Okay, chase the deer, I thought.  So, that is exactly what I did.  I put the car into drive, rolled up to Spirit Rock and committed to a week of meditation.

The story, however, does not end there.

As the retreat progressed, I was not exactly what you might call a happy camper after the first two days.  I began to realize this was hard work, this interior work of the mind.  Meditating toward stillness is like water slowly smoothing a stone; it takes time, patience and courage.  On the third day, before the crack of dawn at 5:30 a.m., all of those three qualities were waning in my tired body and jumpy mind.  If meditation is like learning the piano, I was barely getting through my scales.  I was aggravated, and for me, 5:30 a.m. is an extremely conducive time of the day for aggravation–I was trying, but this whole spiritual Buddha-thing was not working.  Where was the payoff in this, I kept asking.  What’s in it for me?  Why am I even here? After a series of Qigong movement exercises, we were sent off to 45 minutes of walking meditation.  I was feeling less than spiritual at this point–learning to surf in Baja was still a possibility, I kept telling myself.  With my sand-filled eyes and bed-head hair, I felt like a cartoon character with one of those squiggly clouds of ink above his head.

I left the meditation hall in a huff and dragged my feet up a flight of stairs where there was a hall for walking meditation–10 paces one way, 10 paces the other…for 45 minutes.  I could feel my mind closing up: resentment, argument, sarcasm, self-pity…smallness.  And then at the top of the stairs, I glanced out of an expansive bay window that looked onto the rolling mountain hills that surround Spirit Rock, and as I carelessly glanced out, I saw a rusty oil barrel.  For some reason, this was a breaking point for me.  I had a mental hissy fit.  I thought to myself, Why on earth is there a rusty oil barrel out there!  Couldn’t they at least clean up this place?  I mean really–what would the Dalai Lama think? (By the way, I’m toning down language more than a bit.  Add a few nicely placed f-words and you will get a more accurate idea of how I was truly feeling at that moment.)

Then I took another look out the window, and I realized that what I was looking at wasn’t a rusty oil barrel.  My befuddled eyes and crabby brain thought it was a rusty oil barrel, when in reality it was a young deer.  My eyes had quickly focused on the stomach area of the deer and had taken it for a rusty, misshapen oil barrel.  The deer raised her head and looked at me.  For an instant we were both still.  Then, fairly unconcerned about my presence, she lowered her head and gently scratched the side of her muzzle against a long straw of dried grass.  She then slowly walked away, leaving me feeling like I had been drenched with cold water, virtually stunned with the power and truth and simplicity of this brief moment.

The deer showed me–with the power of a grace perhaps only found in the natural world–how simple it can be to drop the fear that keeps us prisoner in our own self-made small places.  Our fear, our resentment.  Our self-hating anger that arises from unmindful, casual glances of the everyday beauty that can pervade our lives, if we only allowed it to do so.

And, of course, it’s not as if the deer doesn’t have fear living in the wild–but it is a natural fear that keeps her alive–it is not our human, self-destructive fear that eats away at the very body and soul it is supposed to protect.

Now, two years later, in my current life, on those days that I can feel my mind closing up, getting small, I try to slow down and look longer at the things that are given to me inside and outside my mind.  On the days I feel my mind closing and the anger rising, I try to drop my fear and chase that deer–chase her into the hills, the trees and grass that are everywhere.

[Thank you for reading this!]