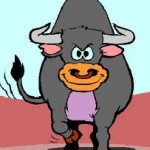 Thank you all yet again for attending and sharing…

If I remember correctly, I think we had about 9 participants.

The meeting was charged with so much positive energy!

We discussed the following:

-Our “peak” moments in life and how those positive moments carry forward with us…when we practice awareness about them.

-How difficult it is sometimes to compliment others when contrasted with how “horrifyingly” easy it is to hate others.

-I discussed Buddha’s parable of the “Poisoned Arrow” and how so often it is the case that hatred and anger makes us look so foolish.

-In sharing, one member discussed her resolve to no longer live like a “bull in a china shop,” but rather to fully embrace life and the simple state of being itself!

Here is a version of the “Poisoned Arrow” parable–as we discussed, while this parable offers a teaching on anger and hatred, it also relates to many other concepts:

The Buddha always told his disciples not to waste their time and energy in metaphysical speculation. Whenever he was asked a metaphysical question, he remained silent. Instead, he directed his disciples toward practical efforts. Questioned one day about the problem of the infinity of the world, the Buddha said, “Whether the world is finite or infinite, limited or unlimited, the problem of your liberation remains the same.” Another time he said, “Suppose a man is struck by a poisoned arrow and the doctor wishes to take out the arrow immediately. Suppose the man does not want the arrow removed until he knows who shot it, his age, his parents, and why he shot it. What would happen? If he were to wait until all these questions have been answered, the man might die first.” Life is so short. It must not be spent in endless metaphysical speculation that does not bring us any closer to the truth.

HAVE A BLESSED WEEK, AND SEE YOU ON FRIDAY…